Three words I could see from across the room at Junipalooza, London – back last month.  Three words I never thought I would see together.  This, I had to try…

Bertha’s Revenge is made in the beautiful county Cork, Ireland – and that isn’t where the beauty ends – it’s affectionately named after Bertha, the legendary Droimeann cow who passed away in 1993. Not only was she “the world’s oldest cow”, she lived quite the life – giving birth to 39 calves during this time!

The gin itself is actually made using whey alcohol – which you get on the first taste.  Followed by this wave of spice, which is just divine.  It has all the lovely characteristics of a really decent gin – with added smoothness and depth of spice and citrus – my gosh she’s tasty.  This is a worthy Gin for our 7th Gin of the Month – I urge you to give “her” a try.We were also lucky enough to speak to Antony – one of the creators of this fine product.  Here is what he had to say…

We are so happy with the complexity and smoothness of Bertha that we suggest that people try her with a drop of water or over ice, and sipping her as a digestif.

She also works well in the traditional association with tonic. To mix a Bertha & Tonic (B&T) put plenty of ice in a well-weighted glass, add a measure of Bertha and a good-quality unsweetened Indian tonic water. We garnish simply with the zest of a washed orange or pink grapefruit.

We really want to concentrate on bedding down our benchmark Bertha’s Revenge Gin in the domestic market here in Ireland, as well as working to establish strong footholds for her in England. We plan to make exploratory inroads into mainland Europe and U.S.A. before the end of the year too.

We have just ordered a second still – another 125 litre model – so we are confident that we will be able to service the expected rise in demand over the next 12-18 months.

In terms of portfolio, we are going to work on developing a small range of infused gins. We have a small quantity of Sloe Bertha which will be released in September, and we are looking at two/three other fruit infusions. In addition, and mainly on the back of discussions with other distillers at Junipalooza, we are going to have a look at a vodka.” 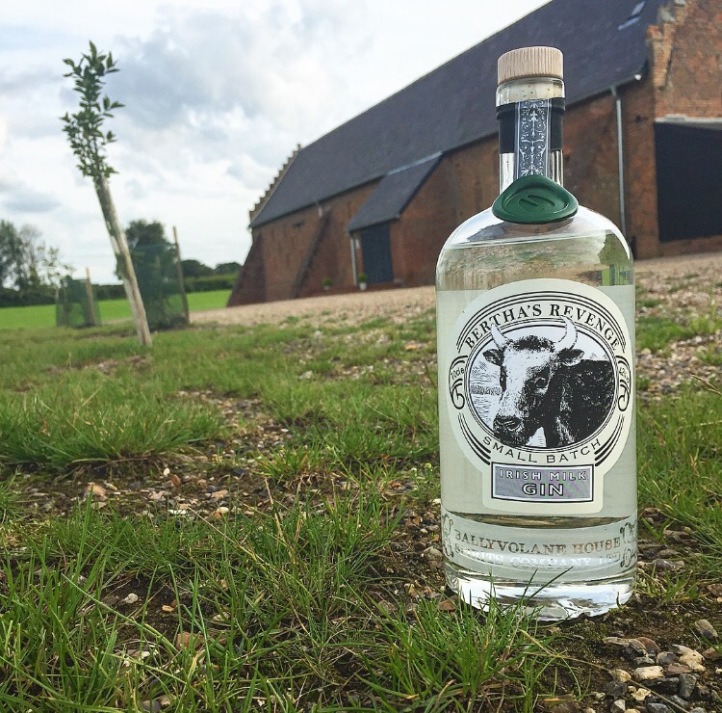 🍸 World Martini Day 🍸
“World Gin Day” - coming soon from @pixar and @disney
HAPPY WORLD GIN DAY EVERYONE!!!
Very Special? It certainly is...
How INCREDIBLE is this bottle from @shivering.mountain ?!
How do you fancy owning a little piece of a DISTILLERY?!